Translation of an interview with TaylorKerek’s Rowan Kerek Robertson done with Mediarte, Nov 2019:

Has social media made it easier for TV-makers to reach their audience? What do they underestimate?

Definitely yes, and in some ways no I think! We all know that programmes can add extra information and content via social media for their audiences to enjoy. Such large percentages of us use social media around the world now that if a programme’s content is in the right place online for their audience, and it speaks to the audience in a way they find engaging, with content that they’re interested in, it’s likely to do well and reach new people.

Social media offers a great opportunity to reach out to new audiences, not just the people who already know about your programme. Programme makers who are using social media really well aren’t just broadcasting more content through social media though, they’re using it to listen to what people and fans are saying about their programme because social media is an amazing listening tool. Imagine knowing what people think of every moment of your programme, well social media basically offers that sort of feedback. This is definitely an area that TV makers underestimate, the power of an engaged relationship with their audience.

But we also all know that we live in an increasingly media saturated world, so breaking through the noise on social media can be hard too. Getting your content in front of the right people at the right moment so there’s a good chance they actually see it, that can take a bit of thinking about. So although the opportunity is large, it’s not getting easier to be successful via social media as the social media world grows.

Will the roll of social media for TV-makers still grow the coming decade? What will be the biggest trends?

For certain audiences having social media is increasingly critical, the younger and more digitally savvy a programme’s audience, the more important it is to be offering great content on social media because often we find these audiences aren’t watching linear TV so much. But they are using social media as a place to consume content. If a programme develops a relationship on social media with an individual, that person is likely to feel that the programme is more relevant to them, it will be in their mind more, they’ll be more likely to watch the programme itself as well. This is why it becomes important.

The picture is amplified for broadcasters, especially Public Service Broadcasters, who need to see audiences from all demographics. They need to make sure they’re relevant to young people so that in the future, as those people grow up, the broadcast isn’t considered irrelevant and left behind by people.

Certainly for the BBC where I worked for a long time, this is of significant importance as they know that the fewer touch points a young person has with the BBC, the less relevant they think the organisation is and the less they support the BBC’s licence fee structure in the UK.

So social media will continue to be important, and for some audiences is will definitely continue to grow in importance. 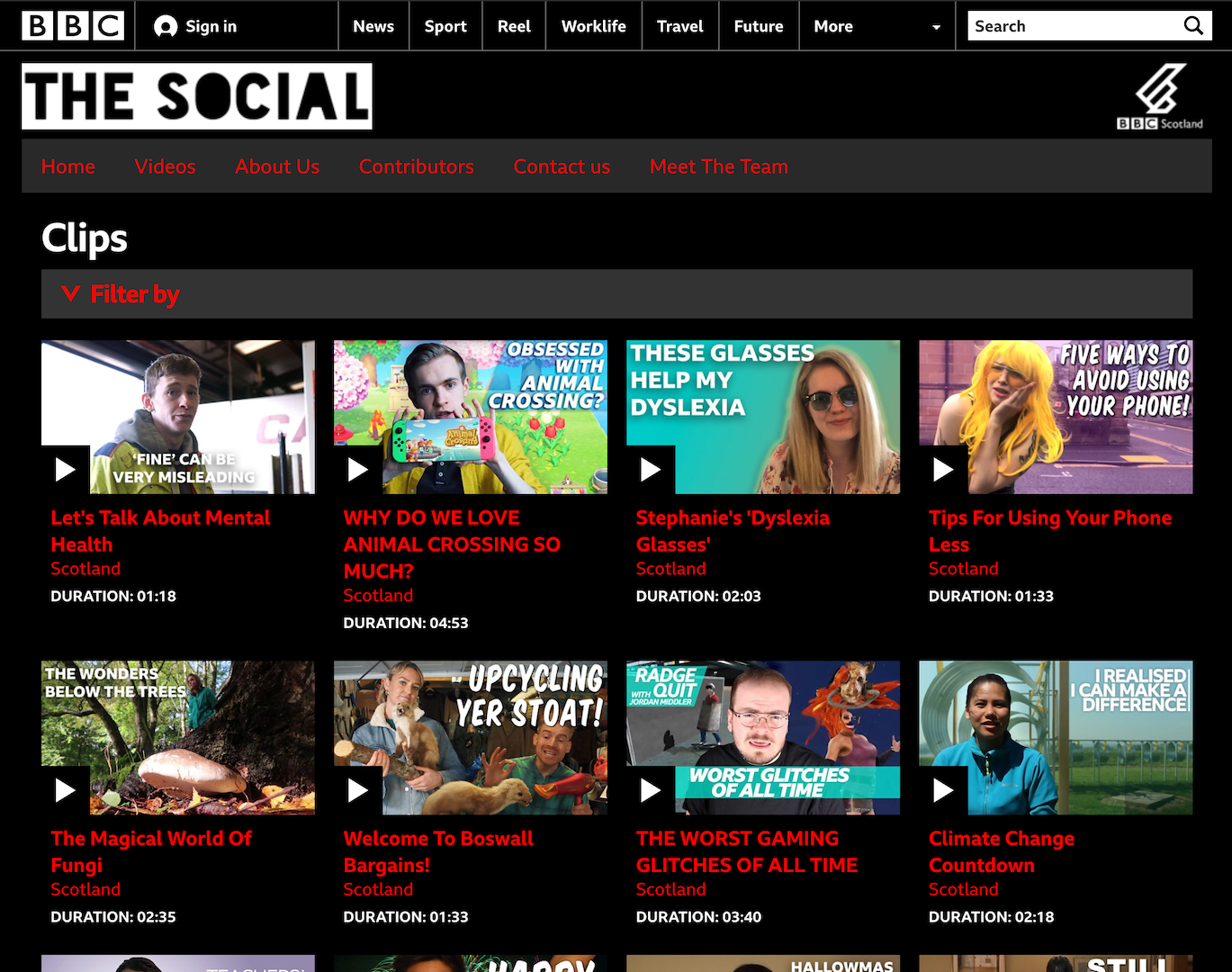 In regards to what trends we’ll see, it’s really the style of content on social media for younger people that we see changing at the moment. They want more involving, more engaging content, that speaks directly too them. Snap Chat, Instagram Stories and TikTok are brilliantly creative and offer lovely engagement opportunities, they’re also where younger people are hanging out online. They can be tricksy for production teams though, because unlike visual content for Twitter and Facebook, they require vertical imagery so often they actually need totally different content. We also see young people starring in the content too, this is what’s driven the success of TikTok. Young people talking about their own experiences, rather than being interviewed as they might have been in years gone by, or as we’d expect to see it on the nightly TV news for example. You just have to look at the BBC’s The Social for a great example.

How did your social media work for Doctor Who & BBC Earth support the show?

Doctor Who is a large, global brand with a number of distinct audiences ranging from older people who loved it first time around, to younger kids and their parents who are finding it anew. It’s a very diverse mix of audiences to develop social media strategies for! The size of the brand means that it’s hard to engage directly with individuals too, it’s got about 5 million followers on Facebook for example and each piece of content published there will get hundreds or thousands of comments.

They publish great, engaging and creative content through the Doctor Who social channels which speaks to different audiences. Some is playful, some is archival, some tying into internet memes for example. For the 50th anniversary they created a user generated content TARDIS, which was a lovely way to celebrating fans’ creativity around the show, and a great way to engage with people without having to reply to hundreds and thousands of comments, for example. They’re lucky because they have an enormous virtual box of content to play with, but they do it very well and think very carefully about what they do.

Should every TV program have a social media strategy?

In principle though yes, all TV programmes should have a social media strategy, although increasingly it might be part of a wider channel strategy for example.

Is it important to think about social media strategy already during the preproduction of a TV show?

Social media should be planned at the point of programme commission, to make the most of the opportunities which might be available, be those around content creation, access to people contributing to the show, potential engagement which there could be with the audience etc.

Do you have a couple of favorite examples where social media was used for social engagement?

I love programmes which use social media to really enrich the programme, so programmes like the BBC’s Digital Revolution from many years ago crowd sourced the ideas and contributors which went into each episode about the changing nature of our digital environment. The production team used their ideas as they would material from researchers.

Engagement around factual often works really nicely, a very recent example was a bonus episode of Death In Ice Valley, the BBC World Service and NRK co-production. The podcast series looked into an unsolved death in Norway from 1970. There was so much conversation about it online from fans that they opened a Facebook Group, and after the end of the series they recorded a live episode focusing on questions from fans and things that fans had found out. They’d published loads of rich content online throughout the series, but you can see that they responded to the social media activity really positively and let their strategy evolve over time. One of the joys of social media is that you can be very agile, which is quite unlike making TV programmes really!

This sort of engagement can work better with some genres than others. For example, drama is often better left written by a brilliant writer rather than by the crowd online, but that doesn’t mean fans of a show can’t engage with the production. Another recent example of great engagement with a production is BBC One’s The Missing, which was a thriller about a child’s abduction. This sort of drama can create a huge amount of conversation online from fans. The BBC Social Listening team worked with the production team to really listen to what fans were saying on social media. They made extra content for fans online staring actors from the show and super fans, featuring things suggested by fans. They shared user generated content and they answers peoples’ questions which had been posted via social media, and did live “Ask” sessions. As well as replying to a lot of people, they focused on connecting with influencers who mentioned the show like vlogger Zoella who mentioned it on Twitter. They created bespoke content to reply to her and of course she loved it. Her huge following of young people, a key target audience for the show, were then much more likely to check out the show too of course. And after the finale they made a gif of peoples’ finale selfies. It was a brilliant example of how a new drama can engage with people to become even more relevant and loved by its audience, reach out to new audiences and almost certainly gain more viewers as a result.